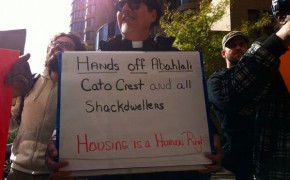 “We will build houses for you, it is not something we can achieve overnight”
– Nelson Mandela, President of South Africa, 1994 [link to video]
“We have learned that by demanding decent housing we make enemies, and that by occupying land we make those enemies even more ruthless. But we cannot wait in the mud, shit and […] 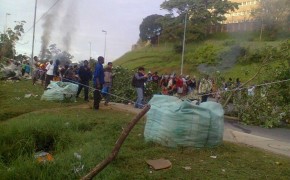 By Abahlali baseMjondolo / @Abahlali_ABM
Christmas is often the time of evictions in Durban. The Municipality knowsÂ that many people are away at their rural homes and that it is difficult to getÂ legal, media and political support at this time.
Today the municipality is demolishing homes at the Marikana land occupation inÂ Cato Crest. About 40 houses have already […] 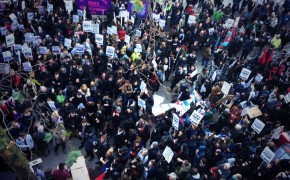 The curiously all too quick “victory” of #copsoffcampus

By @JustinTheLibSoc
Over 1000 students marched and demonstrated through Central London yesterday, stopping police cars, bringing a blazing bin rampage in their wake. They demanded cops off campus, and lo it was so, this achievement was undoubtedly sweet and surprising. Many people put their bodies in defiance of not only state power but their well founded […] 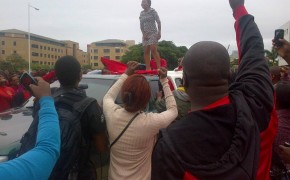 By Bandile Mdlalose
On June 3, 2010 when I became the General Secretary of Abahlali BaseMjondolo Movement S.A. I vowed to die where Abahlali members die. I vowed to protect my country. I vowed to be loyal to the poorest of the poor. I vowed to uplift the Constitution of South Africa in respect for all […] 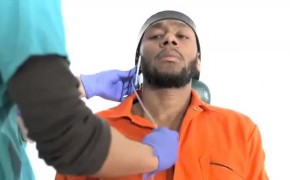 Warning: The first video contains scenes that are distressing and involve physical restraint.
We remember the detainees at Guantanamo and other US sites by publishing these two videos:
The first is with Yasiin Bey aka Mos Def, going through the Standard Operating Procedure for force-feeding which happens twice a day in Guantanamo Bay. During Ramadan, 44 detainees […] 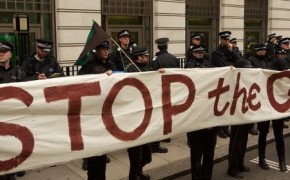 By @indyrikki
European news today is depressing. In Istanbul, police arrested dozens of defence lawyers. In Greece, police shut down the state national broadcaster. In London, police mounted a huge pre-emptive operation to attack and disrupt the planned ‘Carnival Against Capitalism’, part of the week of London protests against the G8.
Yesterday morning more than a hundred […] 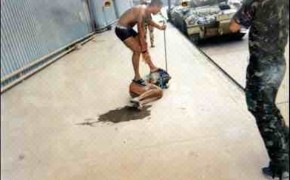 Trigger Warning: contains descriptions of racial abuse and images of physicial abuse by British soldiers
By @sadkant
It is undeniable that the British armed forces have long been responsible for prosecuting racist and colonial oppression. The British state is this week, belatedly, paying millions in compensation to those detained in concentration camps, tortured and murdered in Kenya […] 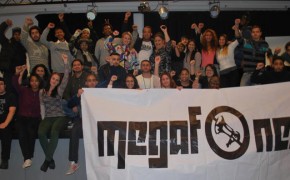 On the Swedish “Riots”: Megaphone – The Migrant Suburban Movement speaks about Husby

ByÂ @MegafonenOrtenÂ / Megaphone – The Swedish Suburban MovementÂ
Husby besieged by police officers.Â Go home?Â This IS our home
The effect of the police murder of 69-year-old man in Husby on Monday 13th May arrived today: a conflict between the cops and local citizens after four cars were burned in the evening.
Whatever we do, the police and the mainstream media […] 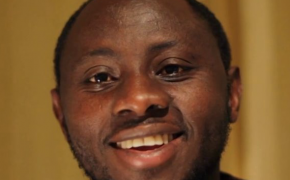 Video: Luqman Onikosi Speaks About His Campaign To Live

By the Campaign to stop the deportation of Luqman Onikosi

Find more about Luqman’s campaign and his experiences as a migrant fighting deportation. 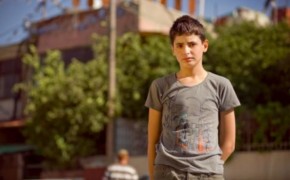 Film Review: When the Boys Return

By Nadia Kamil / @nadiakamil
I recently saw the Oscar-nominatedÂ 5 Broken Cameras and it affected me deeply â€“ though definitely not the first film to make me cry, it was the first film that made me cry audibly. It spurred me into learning more about the history & current situation in Palestine. So I was pleased […]